Canadians clapped and cheered as they "saved the healthcare system" with cruel lockdowns and mandates for healthcare workers.
They asked for this.

@blacklight Unfortunately, the insularity and creeping advance of "myself and my wallet first" is something we increasingly see across European, if not Western societies as a whole.

It's unsettling to consider the perspectives of this.

Like WeWork but you give me billions to fuck up instead of that other guy.

I joined Catherine Austin Fitts for an interview this week.

@koherecoWatchdog
no, the solution would be about finding ways to teach people not to blindly follow anyone. that is, if one is interested in some humanistic ideal and not just the usefullness of individuals to a constructed bullshit society.
at least legal action is openly visible and not manipulation of people for "their own good".
@gabriel @baslow

tech hell, windows is a parody of itself

Windows will not allow you to see or read these files directly, and the entire NTFS partition becomes unmountable on Linux

93% of people with sight loss have some level of sight, even if it's just telling the difference between light and dark.

Braille users are pretty rare (I've heard different percentages but all in single digits) so don't think slapping Braille on everything means you're done with accessibility.

We tend to be very poor. 75% of working-age blind people in the UK don't have jobs. People think being blind means we can't do most things.

The solution to the data over-collection problem (especially for documents as sensitive as passports, driving licenses or SSNs) is actually so simple that I'm appalled that no legislators have considered it so far.

The #Optus data breach was caused by an unauthenticated public API endpoint that could be used to query the database without restrictions.

While having a public unauthenticated endpoint with unrestricted access to your db is obviously as stupid as leaving the door of a bank vault open to the public, a law that enforces access control on IT systems would be an unacceptable and inefficient overreach. Developers build communication mechanisms between systems all the time, and having all of them audited and compliant would just be both impractical and inefficient.

Instead, we need a law that clearly establishes the retention policies for sensitive data.

In other words, would it be ok if the airline employee at the boarding gate, after checking your passport, also made a copy of it to keep in his drawer?

If it's not ok in the physical world, why is it ok in the digital one?

If Optus had discarded sensitive data after processing it, they may still have been breached through an unauthenticated endpoint. But the breach would have simply resulted in the company prompting users to change their passwords, or some other non-sensitive information. NOT their passports!

@wjmaggos You might find this interesting!.
Whisper is a tool you can use to transcribe the audio from your show.
From an SEO perspective it's pretty handy to have transcriptions but I imagine it would be hard to transcribe your shows entirely by hand.

With this you could clip out the talking segments with ffmpeg and then have the tool transcribe them.

Unfortunately it doesn't identify speakers, so that would need to be cleaned up by hand.

Here's a segment I took from my first appearance on your show.
https://culturewar.radio/podcast/167/ 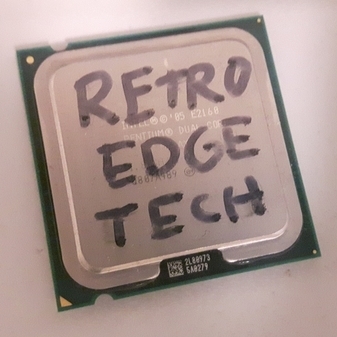 It is very similar in specs to the Dell Chromebook 11 models I have been using, code name CANDY.

I may attempt to install #netbsd on the HP #corebootbook this evening or on Sunday.

My "go to" distro on these machines has been #Devuan, which has worked well.

foss it, I dare you

I appreciate Google killing off stadia within 3 years so all those people who put their trust in renting things from a central platform can realize their terrible mistake before they forget what real ownership feels like.